For the past three years, I used the Mirena IUD as my form of birth control. I absolutely loved the experience (except for the 5 seconds of horrible pain when they put it in). I had no break-through bleeding, no symptoms, no periods whatsoever and felt very normal all three years. And the fact that it cost me $25 once as a co-payment was the best part. Not only was it long-term and super effective, it was cheap. I will definitely look into getting one again when the time comes to choose birth control post-partum. Previously I had been on birth control pills and the Nuva Ring for a total of 10 years of birth control.

My maternity insurance (which cost us an extra $71/month) kicked in on August 1, and I scheduled the appointment to have my IUD taken out on September 14. We weren’t really in a hurry because life was still busy and we were in the process of buying our house.

September 14 arrived and it felt like such a big day!

Even though I knew it would likely take a while to conceive, I felt that the moment they removed it I was a new woman. The feeling of womanhood increased 10 fold when the next day I got my first heavy period in a really long time. When I was younger, I almost enjoyed getting my period. It made me feel connected to womankind.

So when it arrived for the first time in 3 years, I was happy. And I got to try out my newly purchased Diva Cup for the first time! [Caitlin wrote a post on menstrual cups! Read the comments if you’re curious.] 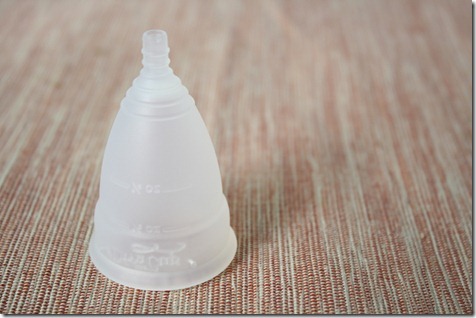 I found it a bit difficult to use (and a bit messy!) BUT, I loved it right away. I loved how inexpensive and reusable it was compared to tampons and pads. My first period started the day after my IUD was removed and lasted a full 7 days with about the same personality that it had when I was in high school.

My first cycle lasted a predictable 27 days. I wasn’t sure if I had ovulated, but since my period came back right away (even if it was a withdrawal hormone period), I assumed I was.

That first cycle, I was actually convinced I was already pregnant! It had been years since I had experienced a normal PMS. Back in the day, I used to get breast tenderness, some bloating and some moodiness. What I experienced in early October was much stronger than I remember! Sites like Two Week Wait only convinced me further that I was pregnant, as I shared many of the same symptoms as women who were, like backaches and a little nausea. I even felt faint once! Since I didn’t get pregnant that month, I have no idea why I had such strange symptoms. Going off the IUD? Psychological pregnancy? I was visiting my grandmother in Baltimore and wonder if my mom and I had shared a cold because I found out later she had similar symptoms – perhaps I was just sick.

When I got home from Baltimore, I started taking pregnancy tests – cheap strips I bought from Amazon – but they were all negative. I started to read about conception and learned a semester’s worth of female anatomy and menstrual cycle material in one morning. I was tracking symptoms very loosely on a Android app called My Days. It predicts ovulation (for a typical cycle) and lets you input notes each day. As I learned more about cervical fluid and other fertility signs, I started jotting down notes and symptoms there.

One morning – cycle day 27 – I got up and prepared to take a pregnancy test and found…my period. For a moment, I didn’t believe it. Was it implantation bleeding? How could this be when I had so many symptoms!? Turns out, I was definitely not pregnant. And very naïve. I was surprised, but also not surprised at all. Why on earth would I think it would happen so fast!?